What We Know—Really—About Lesbian and Gay Parenting 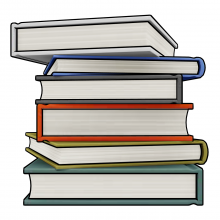 The new research is timely, because the Supreme Court will hear oral arguments on same-sex marriage this spring, and last time it looked at this issue, in 2013, questions arose about the impact of gay marriage on children. In those hearings, Justice Antonin Scalia stated that there was “considerable disagreement among sociologists as to what the consequences of raising a child in a single-sex family [are], whether that is harmful to the child or not.” Justice Anthony Kennedy, however, opted to focus on the “immediate” injury to the 40,000 children in California with same-sex parents. “The voice of those children is important in this case,” he said, “don’t you think?”

So what—really—does the research say about how gay parenting affects kids? And what, if anything, is the link between gay parenting and whether gays and lesbians deserve the right to marry?

In a project launched last month, a team I direct at Columbia Law School has collected on one website the abstracts of all peer-reviewed studies that have addressed this question since 1980 so that anyone can examine the research directly, and not rely on talking heads or potential groupthink. Even when we might not agree with a study’s conclusions—with how a researcher interpreted the data—we still included it if it went through peer review and was relevant to the topic at hand. Peer review, of course, isn’t perfect, but it’s one of the best ways the world has to ensure that research conclusions are at least the product of good-faith efforts to get at the truth.

The Columbia project is the largest collection of peer-reviewed scholarship on gay parenting to date. What does it show? We found 71 studies concluding that kids with gay parents fare no worse than others and only four concluding that they had problems. But those four studies all suffered from the same gross limitation: The children with gay parents were lumped in with children of family breakup, a cohort known to face higher risks linked to the trauma of family dissolution.

Scalia’s sociological “disagreement” is entirely manufactured. As our collection makes clear, and as the American Sociological Association concluded in its 2013 brief to the Supreme Court, the consensus of serious scholars on the matter is overwhelming. And the handful of researchers purporting to show harms from gay parenting are not brave Galileo-like outliers speaking truth to groupthink; they are ideological opponents of gay equality who are part of an orchestrated campaign to influence the Supreme Court with scare stories and bogus scholarship. Its backers seek to discredit genuine research with deceptive talking points and to make sweeping anti-gay claims that their own flawed research simply does not support. Indeed, Scalia (no friend of gays himself, of course) appears to have fallen for their stunts hook, line, and sinker.

The scare stories and the research all share the same deceptive tactic of knowingly conflating children of gay parents with children of family breakup. It’s an easy, but reprehensible, thing to do: Even using the data of anti-gay researcher Mark Regnerus, a minuscule portion of children he classifies as having a gay parent were actually raised by a stable same-sex couple—less than 1 percent. The vast majority of gay parents have likely split up from their child’s other biological parent, and so the vast majority of children with a gay parent are children of divorce.

Yet the study published this week, written by Paul Sullins, a married Catholic priestand a fellow at a religious institute affiliated with anti-gay hate group the Family Research Council, draws a wholly irresponsible conclusion from his data: that “children in same-sex families are at 2.38 times the risk of emotional problems compared to children in opposite-sex families.” Without separating out split families from gay ones, this is simply not a claim his data support.

The latest string of scare stories is meant to put faces on the fake research. In amicus briefs, open letters, and blog posts, four adult children who have a gay parent but oppose gay marriage and who all have a history of anti-LGBT zealotry, are pleading with the courts to uphold gay marriage bans because their own personal histories show that, surely, anyone with a gay parent will suffer as they did. “Each child is conceived by a mother and a father to whom that child has a natural right,” writes Katy Faust, who has a gay mom but opposes gay marriage. “When a child is placed in a same-sex-headed household, she will miss out on at least one critical parental relationship and a vital dual-gender influence.”

This notion that an opposite-gender parental configuration has anything to do with child well-being is flatly contradicted by the research. But Faust’s argument, if we can call it that, has nothing to do with facts; her entire case rests on her own experience with a gay mom. And what that turns out to really be about is, no surprise, the collapse of her mother and father’s relationship. “My parents’ divorce has been the most traumatic event in my thirty-eight years of life,” she writes, adding that she would have given anything “to have my mom and my dad loving me under the same roof.” It’s a heartbreaking story, but one that has literally zero to do with gay parenting, and even less to do with same-sex marriage. After all, it was the dissolution of an opposite-sex marriage that shattered Katy Faust.

Faust’s story is being publicized by the Witherspoon Institute, a conservative religious group that helped steer and fund the National Organization for Marriage’s campaign, as exposed in court documents, to artificially “raise the costs of identifying with gay marriage” by linking it with pornography and a threat to children, and to fund a “media campaign to support the idea that children need mothers and fathers.” The effort sought to “commission polling and other studies to document consequences of gay marriage” and “identify and nurture a worldwide community of highly credentialed intellectuals and professional scholars, physicians, psychiatrists, social workers, and writers to credential our concerns” about gay marriage and parenting. Never mind what the actual research says; you can always hire people to “credential your concerns.”

As part of her effort to block gay marriage, Faust tries to discredit the scholarly consensus that gay parenting doesn’t harm kids by resorting to a popular canard favored by social conservatives: “The opposition will clamor on about studies where the researchers concluded that children in same-sex households allegedly fared” well or better than their peers, she writes. Those studies, she claims, are marred by “methodological problems,” and, anyway, their conclusions couldn’t possibly be true, because everyone knows that for gay couples to get kids, they must wrench them away from at least one of their “real” parents.

What critics are referring to when they speak of methodological “problems” or “flaws” are the small, non-random sampling pools known as “convenience samples” that are often used in gay parenting research. But using convenience samples is not a methodological flaw; it’s simply a distinct methodology, with assets and limitations. All research has limitations, none more so than the studies trumpeted by religious conservatives, which conflate having a gay parent with having endured family breakup. In fact, small, qualitative, and longitudinal studies have certain advantages over probability studies, and for that reason they are often favored by those conducting genuine child development research rather than politicized hit jobs: They can allow investigators to notice and analyze subtleties and texture in child development over time that large, statistical studies often miss.

Indeed the new Dutch study, which looks at only 67 subjects with a lesbian parent, actually uses a stronger sampling method than any of the studies claiming to find that gay parenting causes harm. Written by scholars at the University of Amsterdam and The Williams Institute at UCLA School of Law, the study drew its data from the Dutch Longitudinal Lesbian Family Study, begun in 2000 to trace the experiences of children with same-sex-parents over time. It compared Dutch adolescents in planned lesbian families with adolescents in heterosexual-parent families and found no significant differences. What it did find was that where problem behavior occurred in those with lesbian moms, it was linked to homophobic stigmatization, something anti-gay researchers perpetrate relentlessly in the name of caring about kids.

One of the significant advantages of the new study, explains Nanette Gartrell, a co-author, is its use of a 1-1 “matched sample.” That means that the 67 children with lesbian moms were matched to 67 children with different-sex parents so that extraneous variables like age, parental education, and—most important—family stability don’t throw off the data. This is the only way to compare apples to apples, and is often impossible with large, random sampling methods, as Regnerus found when he artificially inflated his sampling pool in order to wring anything relevant out of his data.

In any event, not all gay parenting studies use the convenience sampling method. A 2010 study by Stanford researcher Michael Rosenfeld, for instance, used census data to examine the school advancement of 3,500 children with same-sex parents. When he matched the comparison set to control for parental background, he found no significant differences between gay and straight households. Another study, by Daniel Potter, drew on data that was both nationally representative and longitudinal. Using a sample of more than 20,000 children, it identified 158 children living in a same-sex parent household. When he controlled for family disruptions, those children showed no significant differences in school outcomes relative to their peers.

The inane retort of anti-gay conservatives was to actually take out the controls these researchers had put in place to make their comparisons valid and conclude that when you compare apples to oranges you find that, well, they are entirely different fruits! Failing to control for family instability, these researchers draw damning conclusions about children who happen to have a gay parent but who, in most cases, suffered the trauma of family breakup before they lived with same-sex parents. If you must blame something, your culprit here is not same-sex parenting or marriage but those vaunted opposite-sex marriages that social conservatives seem to want to force gay people into.

It’s true that the “no differences” research, like all research, has limits. But when you string together 71 scholarly studies from the last 35 years that all reach the same conclusion—having gay parents doesn’t harm kids—and compare them to four bad-faith efforts to discredit gay families, you’ll see for yourself what we know—really—about lesbian and gay parenting.

Nathaniel Frank, author of Unfriendly Fire, is the director of the What We Know Project at Columbia Law School.