Bridging the Divide: Thoughts from a Conversation with a Trump Voter 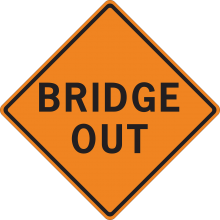 In the wake of last week’s election upset, demoralized progressives set about debating what explains Trump’s victory—and even whether we should try to understand the forces responsible for it. It was the revolt of the white working class, say some, against demographic and cultural changes that have left its members feeling acute status loss. Commentator Van Jones dubbed it “whitelash.” It was “economic anxieties,” a phrase which some use earnestly while others only deploy to connote veiled racism masquerading as economic struggle. It was a level of misogyny so pervasive and often unconscious that even millions of women voted to send an amoral, womanizing buffoon to the White House instead of a brilliant, highly capable, battle-tested woman. It was Hillary Clinton’s flawed candidacy and campaign.

There’s no doubt that each of these played a role. How big of a role each one had will be analyzed for years to come as data emerge in the election’s wake, data that’s now been made suspect by the nearly universal failure of sophisticated polling methods to predict this outcome. That’s why, if we truly want to understand how Trump won, we have no choice but to listen to the words of Trump supporters who are trying to tell us why they put this man in power.

Last week, after penning a closing argument about why I thought a Donald Trump presidency was dangerous for LGBTQ Americans, women and minorities of all stripes, I received an email from a reader who supported Trump. Although I had tried to write my post in a way that appealed to potential Trump voters (it was an actual letter to the Republican-leaning parents of a close friend), this reader, a self-described “staunch conservative Republican” took umbrage to my tone. Why do you “blatantly disregard, ignore and loathe” those opinions at odds with your own, he asked. “Have you ever once been to a red state and really talked with us? Gotten to really know us? We are not the monsters you and your academic and media brethren make us out to be!” Conservative Stranger insisted that he and other Trump supporters were not hateful toward any minorities but had to defend against elites’ assumptions to the contrary on a daily basis. His circle, he explained, was full of people struggling with challenges and anxieties of their own, which upscale urban liberals compound with our undisguised class contempt and the constant barrage of accusations that they are bigots. “If you really want to change the hearts and minds of folks,” he wrote, “try considering that when you sit down at your computer the next time.”

Is Conservative Stranger just an ignorant racist claiming victim status to conceal raw bigotry and opposition to the “browning” of America? He insists he is not, and that his community is welcoming of everyone, regardless of race, religion or orientation. “We don’t see color or creed or gender or sexual orientation,” he wrote. “That is a thing of the long ago past!”

These claims cannot, of course, be taken at face value. Clearly prejudice is not a “thing of the past.” Research has also made clear that biases, including racism and homophobia, are often unconscious. So even when people insist they are not racist or bigoted, it’s possible that they are and don’t know it—or aren’t admitting it.

Yet we also have election data indicating that racism, a glib explanation that often serves more to make liberals feel better than to truly explain our world, does not account entirely for the Trump vote. A not-insignificant portion of Trump’s white working-class supporters came from those who previously backed Obama, which hardly means they were free of racism, but does undercut the idea that Trump’s win is reducible to it. In addition, despite Trump’s vitriolic anti-Mexican and anti-immigrant rhetoric, Hispanics backed him in surprising numbers.

If we can’t reduce Trump support to racial animosity, can we understand it as economic malaise? Not entirely. Trump won a solid share of support from middle-income whites in red states and rural and exurban areas, making clear his voters were not simply crying out for relief from economic woes. And the economy has improved by numerous indicators since both of the last two elections.

How, then, do we make sense of Trump’s rise? Trying to address that question is why I took the opportunity to listen—really listen—to what Conservative Stranger had to say. Donald Trump, he told me, “embodies so much more to us than the portrait you've painted of him. He is our voice.” I asked him how a thrice-married Manhattan billionaire who boasts of denigrating women spoke for him, given his stated concern about the loss of values he prized.

Here, Conservative Stranger struggled to make his case—which helped illustrate why it was so appealing to him to find his voice through someone else. He seemed to embody the paradox of working-class demands for change: He both wanted change and wanted Trump to ward it off. He believed that protests in the streets, unassimilated immigrants and the forces of globalization all threatened his way of life and his sense of who he was. He seemed to want to shake up a Washington that failed to help him make sense of, and find belonging in, a world that was changing too rapidly. “To us,” he wrote, “the pendulum has swung so far to the left that the country and values we hold dear have all but disappeared.” Maybe, he thought, “Trump is a way for us to at least slow down that change.”

At the same time, there was one area where he desperately wanted change: eradicating liberal disdain. “All we’d ask,” he pleaded, “is that you don't thumb your nose at us, don't make snide remarks about how we like our guns and our bibles, don't congregate with your college-educated peers about how out of touch and insignificant we are just because we don't possess those same higher degrees.” After describing his feelings about the leftwing contempt hurled at white blue-collar voters, he said, “I pray that somehow, through the grace of God, it all changes.”

In this context, Hillary Clinton’s dismissal of half of Trump’s supporters as “deplorables”  was potentially disastrous to her campaign. Liberals will do no better in bringing about the world they want to see if they continue to convey the kind of contempt that helped derail Clinton’s win.

It’s true that, with Conservative Stranger unable or unwilling to articulate just which values he is afraid are disappearing, we are left to assume the worst: that what he opposes most is equality for women and minorities. But why be satisfied with assumptions when we can actually communicate? Too many progressives fail to engage with the people they most need to persuade, opting instead for the comforting but counterproductive narrative that conservative voters are irredeemable. What I sense among some liberals is the zero-sum thinking that listening to the concerns of white voters somehow means ignoring or demeaning the concerns of people of color, or that engaging with, rather than simply condemning, the status or economic anxieties of struggling whites means abandoning a commitment to racial equality.

There is no doubt that Trump exploited and hence fostered the worst forms of bigotry in order to take power. That’s why truly deplorable extremists are now cheering his rise. These tactics, and Trump himself if he doesn’t quickly prove himself a different man than the one he showed the world in his campaign, must be strongly condemned and never normalized. There is no room to give one single inch on the moral principle that prejudice is entirely unacceptable. We should speak that truth whenever and wherever we can, reach out to those who are fearful of being targeted for who they are, and prepare ourselves to defend the vulnerable and the wronged using all the tools we have.

But we simply can’t afford to write off half the country because of assumptions about what’s in their hearts that we don’t fully know or understand. Even if a substantial number of Trump’s supporters are plagued by bias, we must reach out to them, listen to their concerns, share our own, and try to persuade them of the virtues of a different path.

This is what worked in the movement to legalize same-sex marriage, and so the lessons of that movement are instructive here: Listen to those you are trying to reach, and understand exactly what’s keeping them from joining your side—you may be surprised; heed political and psychological research showing that calm engagement generally works better than confrontational demands when it comes to persuasion; prioritize unity over divisions, even when serious disagreements may linger both across partisan divides and within your own coalition; and understand that durable change takes time, perseverance and a long-term, often-incremental strategy.

There’s a powerful urge by millions of Americans who don’t feel Trump speaks for them or their country to do something—just something—to get our country back on the right track. This is a sentiment to leverage. But most of us are more comfortable marching in the streets with others like us than getting ourselves to red-state territory and seeking common ground on unfamiliar terrain. Yet we won’t protect and expand the changes we’ve made by walling off the half of the country that disagrees with us. Dividing us further is just what Trump wants. Don’t let him win. Now more than ever, people of good faith from both major parties and no party at all, and of all races, religions, nations, classes and sexual orientations must broaden their coalition of the decent to preserve the ideals and institutions of liberal democracy.

Think about this: If everyone currently taking to the streets or crying out valiantly but in vain about Trump’s triumph were instead to befriend a moderate conservative—call it “Adopt a Red-Stater”—we’d have a far better chance of taking back Congress and the White House within four years, something which also requires Democrats, who are miserable at showing up to mid-term elections, to sustain their passion beyond the early stages of post-loss outrage.

Let me be clear: I am not talking here about engaging or empathizing with white supremacists and career haters, who are both unreachable and unworthy of our engagement. But if we had written off everyone with anti-LGBTQ sentiment over the past decades of fighting for equality, we would have made far less progress than we did. The zero-sum thinking that considers it morally “abhorrent” to seek understanding of Trump voters simply plays into the hands of those who want to divide us further.

Maybe it’s a hope born of desperation more than wisdom, but I’m willing to exert plenty of effort listening to the concerns of my red-state compatriots, and making my case to them, inspired in part by my refusal to play into Trump’s divide-and-conquer strategy. For all I know, Conservative Stranger will turn out to be not such a stranger after all. As he suggested at the end of his email, an open mind and willing ear tilted toward our fellow citizens can go far. “Hell,” he wrote, “You may actually come to like a few of us.”